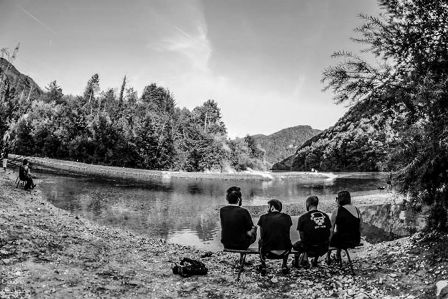 Here at CMFFGP we like going to the bone, we like getting to the bottom of the matters. We like talking with people who believe in the same things that we do, and people who let feeling and passion being their letmotiv. For all that, and because summer and festival season is here, we decided to talk to Andrej, main member of the Punk Rock Holiday Festival organization. If you have alredy been there, if you just heard about it, or even if you didn’t know this festival, you should keep on reading …

– Even if obvious, let’s start from the beginning, when and where did Punk Rock Holiday start?

PRH started in 2009 under the name of Sklabfest in my home town. In 2011 we lost the location and we had to move it to some other location. I used to work as a stage manager at Metal Camp Festival in Tolmin before, so when we confirmed Nofx, we decided to make the festival bigger and move it to Tolmin.

– Was that your first experience as a promoter?

I do club shows since 1995, so the experience wasn’t new. Of course promoting a festival is a much bigger thing, but we simply brought the club attitude into the festival level, so everything still works as we would organise a club show, but 10 times bigger.

– Which were PRH goals back in those days?, have they been covered?

The most important goal was to put Slovenia back in the map of Europeans tours. Between 2000 and 2010 rarely any bigger band would stop in Slovenia and play a club show, and therefor the punk rock scene was becoming very small and on the edge of existence. And it picked up from the ashes and now it’s almost as strong as it was back in the 90’s. There’s a lot of new slovenian bands forming, older bands reforming, a lot of local club punk shows are happening, slovenian bands doing international tours, a lot of international bands are playing shows in Slovenia. So I would say yes, the main goals have been covered. 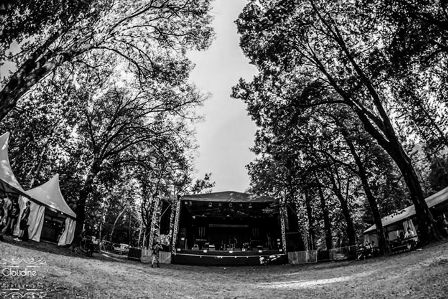 – The name PRH is perfect fot the festival but, were there other possible names which you thought about?

With the new location, we had to change the name and make it representative for what we were trying to do. Not just putting up another festival, but gathering a bunch of punks enjoying four days in nature, next to the beach … and having punk shows in the evening. A perfect enviroment for punk rockers to spend their vacation. Instead of Holidays, we named it Holiday because Nofx played on August 15th, which is a christian holiday and since we are more or less atheist, we wanted to celebrate this holiday for our own reason. A Punk Rock Holiday.

– Nowadays and after 4 editions, PRH is one of the most well-known punk rock festivals in Europe, did you expect this a few years ago?

Not at all. There was no such festival at least 500km around, so we thought names like Bad Religion or Nofx would bring a lot of people from the neighbouring countries, especially italians, since Tolmin is on the border to Italy and Croatia. We also expected to have more people from Slovenia, but we were so wrong. We had 1500 people and lost lots of money the first year. MetalDays festival organization saw the potential in PRH, so they encouraged us to even continue and offered us full support in the net 3 years. It was a lot of slow and stressful steps to get where we are today.

– What does it takes to organise a festival like PRH?

Strong nerves, a good vision, a lot of enthusiasm and a feeling for the visitors, so they can fully enjoy spending their time at the festival and creating the best atsmosphere possible.

– How many people take part in the organization? what about security, bartenders, volunteers …?

We’re only two people doing mostly everything during the year. People from MetalDays Festival are taking care of the production and logistics and that’s it. During the festival, there are about 400 people doing different jobs.

– Do you sually go to other music festivals? do you take ideas from them?

Of course. We normally just put ourselves into visitors shoes and think what could be done to make a festival different and more user friendly. More relaxed and more focused to fun. I believe removing the barrier from the main stage was the best idea ever. When I saw that at Groezrock «Back to Basic» Stage, I was like, «ok, that’s the only stage I like. It’s pure fun, I’m a fan of small clubs shows, so let´s do it». But Most of the things we do are pretty much DIY. By the feeling. I don’t like laws, I don’t like doing this by the book, so we spend a lot of time thinking about how to avoid certain things and make an alternative to what people expect from a festival.

– Let’s talk about the audience, Could you tell us where they usually come from?

This year we have 35% people from Germany, 15% from Austria, 14% from Slovenia, 8% from Belgium and UK, 5% from Italy, which should increase by the end of presales, and then 40 more countries from all around the world, even USA, Canada, Singapore, Australia, Argentina, Brazil, Russia, Israel, United Arab Emirates and Afghanistan.

– As we said before, PRH is settled in a natural paradise which surprise both the audience and the bands. What do bands think about your festival?

They love it! Everything about it. They really appreciate our effort to create something like this and fully support what we’re doing. Anti Flag, for example, are playing their 3rd show in 5 years. And they also come 1 day before to play an acoustic set at the Beach Stage. Most of the bands can’t wait to come back. Raised Fist wanted to come back this year with a new record. They had such an amazing time last year and we couln’t say no. We also grow a very relaxed and friendly relationship with bands. They really feel welcome here. There’s no bullshit proffesional attitude. It’s pure punk rock.

– Have you got any funny story (band related)?

I would not go into details, but all the bands really have fun here. They mingle in the crowd and enjoy the festival like normal visitors. So they do a lot of funny stuff before they leave.

– I never thought Slovenia could be so punk rock, is it only for PRH or is there a real scene during the whole year in different cities?

It’s real. It’s happening everywhere. PRH had made punk rock cool again and the scene is growing every year.

– What about Slovenian bands, would you recomend us a few?

It’s really hard for me to expose just a few, but if we star with the bands that play this year like Elvis Jackson, which is also one of the biggest 5 rock bands in Slovenia, In-Sane are the most internationally known band from here, Dreamwalk, The Morrons, Real Life Version, Start at Zero, Mental Strike, Pigs Parlament… just to name a few. And only Dreamwalk are from Ljubljana, so all these bands are a significant part of keeping the scene alive over Slovenia. 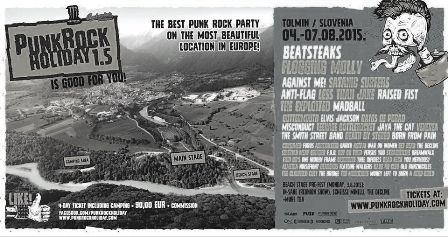 – Which are your current goals as a Festival?

To keep it as it is. Small, fun and user friendly. It’s great to see pleople from all over the world gather here for a week, make friends and create an amazing atmosphere. I would not change anything. We want to keep it under 5.000, keep no barrier stages, focus more on the new, young and amazing European bands and become one big happy family. And to cover the financial lost we made in the first three years, of course, so we can get rid of the stress that came along.

– Ok, finaly, and as far as I am concerned, the number of spanish people travelling to Tolmin for PRh is increasing little by little, could you tell us what does PRH offer so more spanish people decide to visit your great festival?

Considering Croatia is only 2 hour drive from Tolmin and the amount of Spanish people is almost the same at this moment, I would say it’s amazing to have so many people traveling from Spain. I don’t know. I guess we are really doing something special. People have an amazing time here and when they go home, they spread the word to their friends, who join them in the next year. I think there’s no hype about the festival and the number of people grows naturally, so only the cool people, who know, what to expect, visit it and that’s why they create such a positive and friendly environment… Same goes for other countries, I guess.

– Thank you very much for your time and your hard work. It feels great to meet people who still work for the shake of Punk Rock. Is there anything you want to add to this interview?

Thank you for supporting us in what we do. It really means a lot. I would just like to invite everybody to join us and have a great time. And hopefully bring some of that feeling home and live a better life during the year, knowing the stuff you normally see around you is artificial and the feeling at PRH is real!

It’s been two years now going to PRH, and we can agree every word Andrej had said. We are talking about a small punk rock festival where nature, friends and music join together for a week. A festival where there’s no stress and where people love making new friends. Dont forget the A + lineup too!

If you want to know more about the festival, the tickets or the line up just go to : www.punkrockholiday.com

Pictures by Claudinne Strummer. To follow and discover her job go to : ClaudinneStrummerPhotograpy 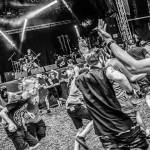